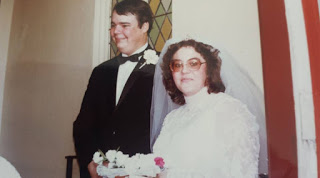 36 years ago today Sandi and I made everything proper and legal like in the same church in Somerville, Massachusetts, that her parents had wed decades earlier. She was a New England girl, through and through, and I was a Texas boy that most of her friends and family had no idea what to make of at all. I did it all, but wear cowboy boots, and most of them were sure I was not good enough for her. I was not, but not in the way they thought.

What she ever saw in me, I do not know. I can not help but wonder, if she had married another and thus had an easier life as we struggled financially and in so many other ways, if the cancer would have ever reared its head or been terminal. I will never know what might have been. I did everything I could to help her in the battle, but it just was not good enough. The guilt I feel, and, yes, I know it is irrational, over that fact is massive and crushing.

Today is the fourth anniversary without her here telling me what needs to be done and that things will work out because they are meant to be. I remain convinced that going on without her was not what was meant to be. We were supposed to grow very old together, hanging out in our respective chairs, and occasionally visited by friends and family. Acceptance of the reality I live with every damn day remains very hard and elusive. 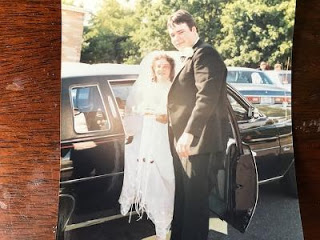 She was and always will be my everything. Not an hour goes by where I do not think of her. Often more than once. It is hard every single day, but some days are really, really downright brutal.

This is one of those days. 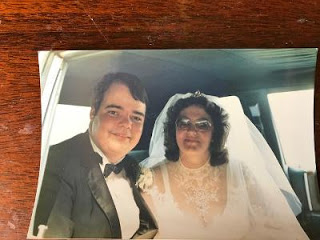 Kevin, the guilt you feel may be "irrational," but the love you still have for Sandi is not. I hope that someday you will be able to put aside your overwhelming feeling of grief and be able to move on secure in the knowledge of your love and your memories of her. I'm sure that Sandi would have told you that life, above all, is for the living.

She did. She made me promise to go on without her. I did. But, it is so damn hard.

Beautifully written.... and a testimony to what you had and a statement within it to what she wanted for you in the future.

Thank you...and thank you for reading. Sorry about the comment approval delay. I am a mess and have been staying off of social media.

Kevin, whenever you talk about your wife, it's easy to see what a great love story the two of you had. I'm so sorry that you didn't have those years of being old together. I hope the joy of life can again be yours.

I'm privileged to have known you both, by phone calls as well as by emails.