Earlier this month, Lesa Holstine shared her favorite books to this point of the year with her post Favorites of 2022, So Far. So, today I offer you my favorites of the year so far. Five very good reads. 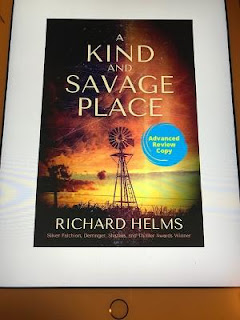 First off, I told you about A Kind And Savage Place back in February. I wrote then, “The new book by author Richard Helms, A Kind And Savage Place is a prequel to Six Mile Creek and others that are part of the Judd Wheeler series. While Judd plays a role in this book that runs from 1942 to 1989, he is not the central character.” It is one heck of a book and you can read the rest of my review here. 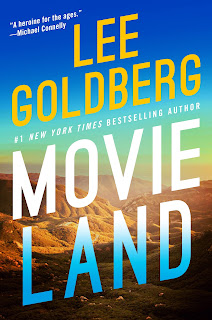 In April I told you about Movieland by Lee Goldberg. This is the fourth book in the very good Eve Ronin series. My copy came by way of NetGalley. My review started with, “It is April as Movieland begins and Sheriff’s Department Detectives Eve Ronin and Duncan “Donuts” Pavone are dispatched to Malibu Creek State Park on a homicide call. A scenic location used by both movies and television programs over the decades, it is now the scene of at least one murder with a second victim in critical condition.” You can read the rest of my review here. I also recommend reading this series in order. 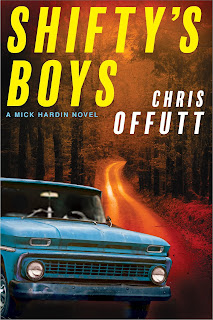 May was a good reading month. Book Two of the Mick Hardin series came my way thanks to NetGalley. My review of Shifty’s Boys began with “Shifty’s Boys by Chris Offutt picks up a bit after The Killing Hills and begins with the local taxi driver, Albin, finding a body. At first, he thinks he has found somebody passed out from drinking way too much. Has happened before in Rocksalt, Kentucky, so he is not very concerned as he sees the odd shape up against the fence in the parking lot of the local Western Auto. It is only when he gets out of the cab and walks towards the male figure, he realizes that it is not mud on the man’s clothes, but blood.” You can read my review here. 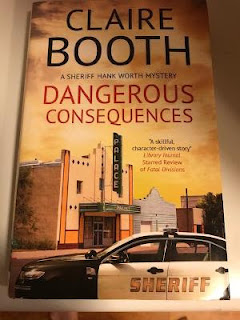 I have long been a fan of the Sherriff Hank Worth series. Back in late May, I told you about the new one titled Dangerous Consequences: A Sheriff Hank Worth Mystery by Claire Booth. My review began with, “As Dangerous Consequences: A Sheriff Hank Worth Mystery by Claire Booth begins, the ripple effects of the recent termination of several deputies, continue. New staff is being brought in while some of the still employed old guard continue to work from within against Sheriff Hank Worth and Chief Deputy Sheila Turley. The rot within the department still lingers, but getting rid of the rest of the folks who need to go is not going to be easy.” The rest of my spoiler free review can be found here. This is another series I strongly recommend reading in order. 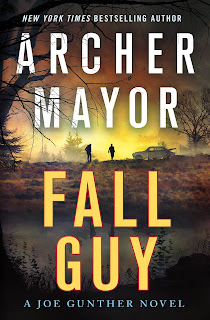 I have also long been a fan of the Joe Gunther series by Archer Mayor. I told you about the new one, Fall Guy: A Joe Gunther Novel back at the end of May. My reading copy came by way of NetGalley. I opened my review with, “It is late winter as Fall Guy: A Joe Gunther Novel by Archer Mayor begins and Joe Gunther, Field Force Commander of the Vermont Bureau of Investigation, have been summoned out to a scene bathed in a sea of strobe lights from numerous agencies. It appears that the only party not there is the local dog catcher.” The rest of the review can be found here. While it is better to have read these in order, you could get away with reading this one first.