Guest Post: Judging a Book by Its Cover by James R. Benn

Judging a Book by Its Cover

Traditionally published authors usually have little say about cover design, and there’s a good reason for that. The purpose of cover art is to sell the book. A good cover design will attract and sustain attention, drawing the reader’s attention to it so they pick up the book off the shelf, leading to a purchase. Writers are good with words but not always as adept with images, which is why cover art is best left to the professionals. Publishers can be reluctant to include authors in that decision-making process since disagreement over a design costs time and money.

Luckily for me, I am an exception when it comes to my publisher, and I owe it all to a mistake.

In 2006, Soho Press was preparing for the release of my first novel, Billy Boyle. My editor, Soho Press cofounder Laura Hruska, had promised me a special cover to kick off this series. At the time, all covers in the Soho Press crime line had a distinctive and readily identifiable look, but she had something different in mind, and the project was under wraps.

Finally, when the hardcover was about to go to print, Laura called to say she’d emailed me a PDF of the cover art, and I should take a look. The artwork was magnificent, done in a striking art deco movie poster style. But when I looked closer, I nearly dropped the telephone. 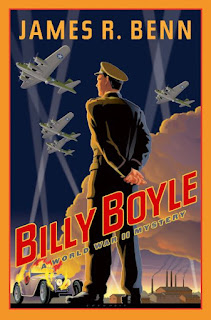 There was Billy, standing tall, staring out into the night sky. But in that original version, the sportscar burning in the corner, a pivotal plot point, was—I kid you not—a 1960 Chevy Corvette. I wish I’d kept that original image, but at the time I just wanted to be rid of it. 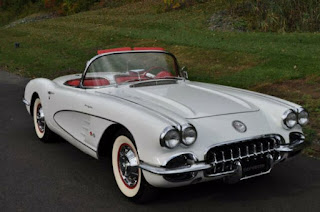 No one had noticed that the very talented illustrator who’d developed the cover had used a 1960 vehicle in a story set in 1942. Whoops. The Corvette was replaced, properly, by a 1934 Riley Imp, and the series was launched without anachronism. Whew.

From then on, I was asked for ideas and to provide feedback for each cover. My suggestions were always taken seriously, and on one occasion I even managed to stand in for Billy. While on a research trip to Northern Ireland, a photo of me climbing Slieve Donard formed the basis for the cover of Evil for Evil. 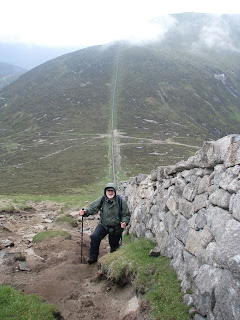 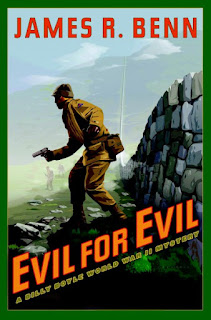 Billy was obviously in better shape than I was. It was a tough slog to the top.

The seventeenth Billy Boyle novel, From the Shadows (release date 9/6/22), presented a challenge when it came to forwarding a suggestion to the folks at Soho Press. The tale begins with a secret mission on the coast of occupied Crete, and I wanted to capture the tension inherent in such a dangerous landing. I did not know how to form that idea into a rational description until Netflix came to my rescue.

I watched the series This Is a Robbery: The World's Biggest Art Heist, a 2021 documentary about the 1990 robbery of the Isabella Stewart Gardner Museum in Boston. Thieves disguised as police officers stole thirteen paintings valued at over $500 million. None have been recovered. It’s a fascinating series and one helluva historic heist. But what really caught my attention was Rembrandt’s Storm on the Sea of Galilee, his only seascape, and one of the pilfered paintings. 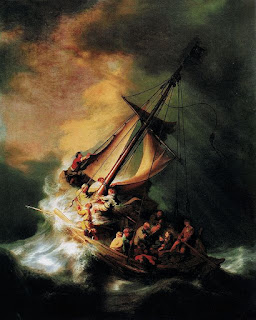 This powerful work of art depicts Christ and his disciples on a fishing boat being tossed about in a storm. Rembrandt inserted a clever self-portrait of himself; he’s the fellow in green, holding onto a line and staring straight at the viewer. It’s a magnificent piece and given that the design of the traditional fishing skiff, or caïque, has changed little over the centuries, it was easy to use this painting as the basis for Billy’s seaborne landing on Crete.

Daniel Cosgrove, the illustrator for all the Billy Boyle covers, came up with the perfect interpretation of this classic work. First, he started with a sketch which included an early version of the title. 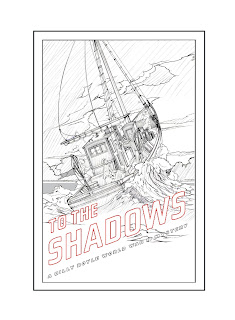 Next was the creation of the final illustration. For my money, this is frameable art. 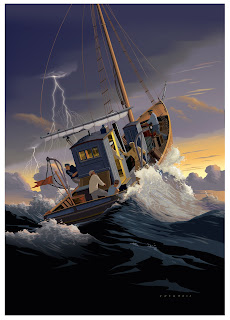 Finally, the Soho Press crew added the text and color scheme, and a book cover was born! 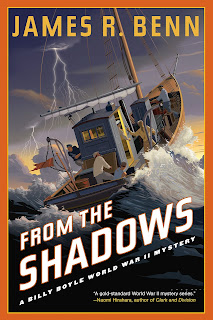 As I started by saying, the purpose of the cover is to sell the book. Here’s hoping this one does its job.

In a matter of weeks, I’ll be sending Soho Press the manuscript for the 2023 title, Proud Sorrows. This book tells the story of a mysterious murder in an English village where Billy Boyle and friends are enjoying a well-deserved leave.

This book presents its own unique challenge for a cover concept since it takes place far from the battlefields of Europe and requires a much different approach. Maybe I’ll watch an Agatha Christie on Brit BritBox . . . 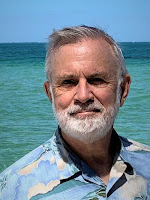 Mr. James R. Benn is the author of the Billy Boyle World War II Mystery Series as well as the stand-alone novels, Souvenir and Desperate Ground. He divides his time between the Gulf Coast of Florida and Connecticut. Married to Deborah Mandel, they have two sons and seven grandchildren. He is a member of the Mystery Writers of America as well as the Author's Guild. You can learn more about the author and his books at https://www.jamesrbenn.com/index.htm