It’s not a misspelling of bebop and has nothing whatever to do with that wonderful transformative school of jazz. BEBOPP is Barry Ergang’s Blatantly Outstanding Poet Proclamation, the poet being Ginger Murchison. 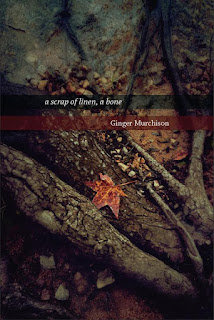 I met Ginger via the Internet during the latter half of the 1990s in several of AOL’s many poetry chat rooms (I’d been writing [and sometimes having published] poetry for a number of years at that point). As you might imagine—or perhaps know firsthand—most of AOL’s open poetry chat rooms were populated by people of varying degrees of skill—or flagrant lack of same. Ginger was among the few genuinely skillful poets. We also eventually became members of a selective chat room known as Maelstrom Conference conducted by a university instructor, Bill Gleed, and composed of folks serious about writing (or trying to write) high-quality poetry. It met every Sunday night when we read, discussed, and critiqued one another’s work or works-in-progress. It was named for the literary journal Maelstrom, to which both Ginger and I eventually both contributed.

Somewhere along the way, I contended that of all of us in Maelstrom Conference, Ginger, given her unquenchable passion for the art and the quality of her work, would be the one among us to go the furthest in the realm of contemporary poetry. She did not make me a liar, as evidenced by the first link in this post—as you know if you’ve already scrolled down that page to her literary bio and beyond. (If you haven’t, please do.)

Published by Press 53, a scrap of linen, a bone will be officially published on January 18, 2016. It’s currently available for pre-order, and you can find examples from it at the link above. If your reading tastes run to thoughtful, beautifully-written, intelligent, and accessible modern poetry, I can and do strongly recommend Ginger’s work.

Email ThisBlogThis!Share to TwitterShare to FacebookShare to Pinterest
Labels: A SCRAP OF LINEN A BONE, GInger Murchison, poetry, Press 53