Please welcome back author Judy Penz Sheluk with another insightful column regarding one of her recently published short stories…..

When More Needs Less: The Story Behind BEAUTIFUL KILLER

In my previous post on Kevin’s Corner, I wrote about When Less Needs More, the story behind my debut mystery novel, The Hanged Man’s Noose. But sometimes, I found out, More Needs Less.

I’d been working and reworking “Beautiful Killer” for the past five years under a few different titles. Oh, not constantly, but once every few months I’d trot it out, expand on the story, realize that something about it still wasn’t working, and file it back in my unfinished short story folder. In truth, I’d never had so much difficulty with a story. Even my novel was less problematic. 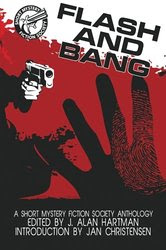 There were many times I wanted to just give up on it. But the main character, Carly, continued to haunt me, and while a lot of the story didn’t work, I continued to like the beginning:

“The whole of the Quick River is about three miles long and a few yards wide, an insignificant tributary that cuts through the heart of Quick County. Billy used to call it Speedy Creek.

It’s been twenty years since I’ve been back, and at first glance not much has changed.
The cluster of clapboard cabins dotting the Quick’s rocky shoreline still needs a good coat of fire, and the public dock still leans haphazardly to the left. Even the Quick ’n Slow Diner seems stuck in time, its chinked logs weather-beaten to a dull gray, the tables inside scarred by decades of hot plates and hard times.”

And so I kept on tinkering, until one day, fate in the form of J. Alan Hartman, the publisher at Untreed Reads, intervened. Jay decided it was time for the Short Mystery Fiction Society (SMFS) to release an anthology with stories written by its members. In September 2014, the call came out for submissions to Flash and Bang. The criteria: Flash stories needed to be between 300 and 1000 words. Short stories needed to be between 1500 and 3000 words. Furthermore, each story had to contain either a “flash” or a “bang,” although the interpretation could be loosely drawn.

Hmm, I thought. Carly’s story is told with a flashback to her past. That could count as a flash. But could I get my unmanageable short story, which had ranged anywhere from 1,200 to 2,500 words depending on the incarnation, down to 1000 words or less? And would that, at long last, make it work?

I started by removing any unnecessary adjectives. No more green grass when grass would do. I tightened up the dialogue between Carly and Danny Porter, the owner of the aforementioned Quick ’n Slow Diner. Finally, I edited down the backstory to just a hint of what it once was. Satisfied, I checked the word count: 993 excluding the title. Voila!
But did it work? I decided to leave it for a couple of months when I could reread it with fresh eyes.

It was January 2015, about three weeks ahead of submission deadline, when I revisited Beautiful Killer. And for the first time since I’d started writing it, I still liked it. Liked it enough, in fact, to submit it to Jay for consideration in Flash and Bang. Receiving the email from him with a “yes” was a welcome validation. Not just validation for the story and the honor I felt at being part of something truly special, but validation for the process, the patience that is so often required in our craft, and for finally understanding that sometimes more really does need to be less. 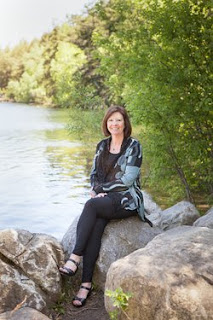 Bio
Judy Penz Sheluk’s debut mystery, The Hanged Man’s Noose, was published July 2015. Her short crime fiction is included in The Whole She-Bang 2, World Enough and Crime, and most recently, Flash and Bang, the first anthology by members of the Short Mystery Fiction Society.

Judy is a member of Sisters in Crime, Crime Writers of Canada, International Thriller Writers and the Short Mystery Fiction Society. Find Judy at www.judypenzsheluk.com  where she blogs about the writing life and interviews other authors.

Buy Links
The Hanged Man’s Noose is available in print and eBook at http://www.barkingrainpress.org/dd-product/hanged-mans-noose/,  and all the usual suspects including Amazon http://authl.it/3jg.

Flash and Bang is available in print and eBook from Untreed Reads http://store.untreedreads.com, as well as all the usual suspects, including Amazon http://authl.it/3wb.

Amazon: amazon.com/author/judypenzsheluk
Posted by Kevin R. Tipple at 12:30 AM

Thanks Kevin, for letting me share the story behind the story of Beautiful Killer!

Thank you for another interesting guest post. Appreciate you being a part of things here.