After a recent unplanned hospital stay and complications from that as I am still not back to my crummy normal, FFB here finally returns today with an all new review from yours truly. This is the second book in a series that started with Oregon Hill. This is a series that should be read in order. For more reading suggestions, make sure you head over to Todd Mason’s Sweet Freedom blog. 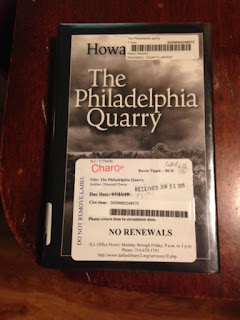 As we learned in the first book of this series, Oregon Hill, reporter Willie Black is not one to back off the story even when his bosses or the powerful elite order him to do so. While those in charge may think it is a character flaw, like his drinking, others would see it as his way of being principled when justice is being denied. The same is true in The Philadelphia Quarry where a wrongfully convicted man is once again arrested for a crime he did not commit.

In August 1983 in the good city of Richmond, Virginia, Richard Slade was arrested for the rape of sixteen year old Ashley Simpson. In May of 1984 he was convicted on little evidence and sent to prison. In the middle of January 2011, he was finally released when DNA evidence proved without a shadow of a doubt that he did not do it despite the fact that Ashley Simpson identified him as her rapist those many years ago. Her accusation was the main evidence against him at the time.

Did she make a horrible mistake or did she deliberately lie?

The Innocence Project may have successfully proven the point that Mr. Slade was innocent of the crime of rape, but nothing can restore Mr. Slade’s reputation in the minds of many or undo what Mr. Slade has gone through all these years in prison.  As he was held for a crime he did not do, his reputation took a beating over the years, in large part, due to scathing editorials that came out in the same newspaper that Willie Black works for as a reporter. The paper, through those editorials, has been very vocal in the belief that Mr. Slade was guilty and a threat to the community. Then, as in now, many people did not understand that editorial writers and news reporters share little in common other than being employed by the same paper. 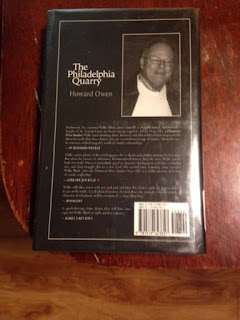 Decades ago, reporter Willie Black worked the night crime beat and reported on the case from the start. All these years later he is back on that same crime beat and thus back on the story of Richard Slade and the victim, Ashley Simpson.  In the hours following Mr. Slade’s release, Willie Black is trying to do follow ups with the two principals and isn’t getting any traction with either one of them. Simpson and her well connected family want their privacy while Mr. Slade’s family sees Willie Black as the enemy thanks to the editorials from the paper.

He is getting nowhere at all and then everything changes. Within hours of Mr. Slade’s release, Simpson is shot and dies. Who has the best motive to kill her? A man recently released from prison after being convicted of a rape he did not do or somebody else?  Within hours of her death, Richard Slade is again arrested for a crime he did not commit. The elite and powerful close ranks and before long Willie is being asked to choose employment over chasing a story that is clearly going in a different direction than his bosses would like.

The Philadelphia Quarry is a powerful sequel to Oregon Hill. It is a timeless crime fiction tale with plenty of twists and turns. Set in the twin dying worlds of journalism and newspapers, the read powers along at a steady clip while also delivering societal observations that are even more relevant today six years after publication. It is also a mighty good mystery read.

Material was received and read by way of the Interlibrary Loan Program where a copy owned by the Rockwall County Library System was shared with the Dallas Public Library System.

I read Littlejohn nearly two decades ago. It was a gift, and I enjoyed it immensely. Yet, for some reason I cannot explain, Howard Owen dropped from my radar--especially odd as he writes about newspapering in Virginia, where I made my career, in newspapering. Maybe that was the catch. A combination of poisons: envy and familiarity? Anyway, I was so much older then, I'm younger than that now. Appreciate your bringing me back to Owen. I'm downloading Oregon Hill soon as I post this comment. Thanks, Kevin. Hope you're feeling better!

Hope you enjoy it. These are very new to me and I am liking them a lot. My local library has the third one in the series so I have that one on my hold list.

I am doing so-so. Better than I was, but not right and still feeling it a bit at times.