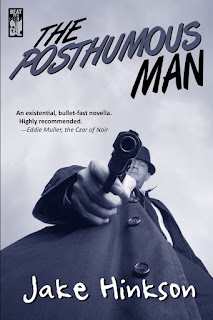 Things often don’t go as planned. Elliot Stilling had planned out his suicide and it should have worked. As far as he is concerned as this novella from author Jake Hinkson opens, it is exceedingly unfortunate that he didn’t stay dead. He had been dead for about three minutes when the emergency room staff at a hospital in Little Rock, Arkansas screwed up everything and brought him back to life.

The only thing he really remembers is seeing a black star tattooed on the wrist of a nurse with beautiful blue eyes. That same nurse by the name of Felicia Vogan shows up in his room hours later. Not only did she make an impression on Stilling as he lay dying, the former reverend made quite an impression on her. They have some sort of connection that will draw them together in ways neither saw coming in this intense noir style novella. 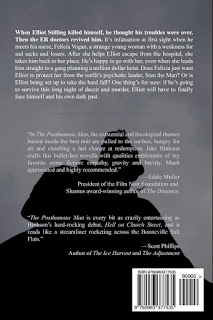 Considering that this read comes from the publisher “Beat To A Pulp” one already knows before starting the book that it will be dark, twisted, and feature multiple murders as well as at least one other major crime of some type. The Posthumous Man features all of that and more as well as a consideration of theology and the state of the world and the people in it. It is also an intensely good read.

Beat To A Pulp