As often happens in the series one case heads to another and such is the case here in the latest in the Drifter Detective Series, Dinero Del Mar. The year is 1958 and Jack Laramie is in Harlingen, Texas. Once again drinking is involved and this time the establishment is the “Blue Barn” a local dance Hall. He may be fueled by alcohol, but Jack knows beauty when he sees it and the dark haired beauty Bea Eckert is quite the sight. 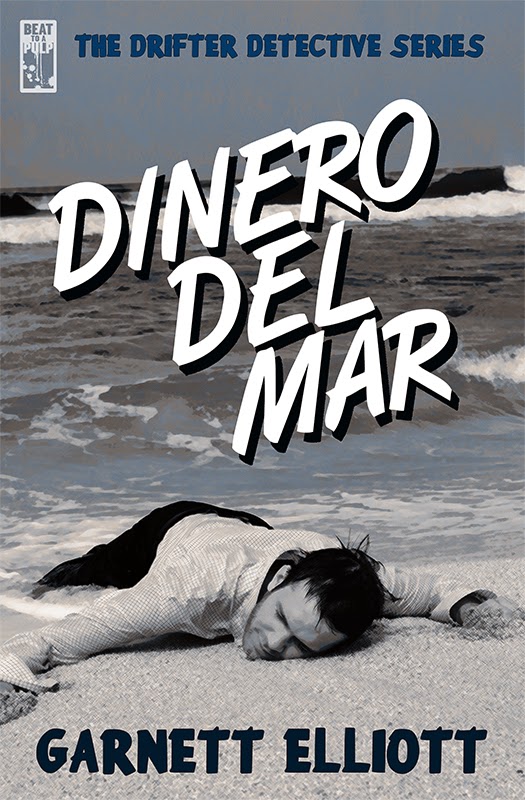 Jack just recently finished a case he worked for a local rancher named Chat McPherson and word has gotten out about what Jack does for a living.  Cole Eckert happens to be the brother of Bea and he wants to hire Jack. That means they need to go outside and talk about a situation as the sun slides down the south Texas sky and Jack tries to sober up enough to conduct business. Cole eventually explains how Bea has a great future in front of her if she can get out of Harlingen. To do that she needs to win the local event known as “The Miss Texas Pink Grapefruit Beauty Contest.” Dedicated to the legendary Texas pink grapefruit the winner gets 500 bucks and her face plastered on every grapefruit shipping crate across the state. It also gives her some credibility when Bea and her agent/brother Cole go to Nashville or California.

Cole is sure the contest is rigged and wants private detective Jack Laramie to investigate. Once Jack proves that it is rigged they could take the story to the media and force a new contest that would be fair and square and thus Bea would finally be rightfully crowned. Jack doesn’t think much of their case, but the allure of Bea is something too powerful to resist. Before long he is deeply investigating all facets of a case. A case that will eventually merge with another before this good read ends.

Book five in the series that began with The Drifter Detective  is another good one. Through the books the years have passed and the nightmare of the war may have lessened some, but Jack Laramie, continues to drive his aging Desoto as it pulls his horse trailer home around the state working cases. Cases where alcohol often plays a role as does the greed and vice of others. They may not be the mean streets of a city on the west coast, but these Texas streets and the people on them are often just as mean. Dinero Del Mar: The Drifter Detective Series is another solidly good that can be read as a stand-alone. However, it really should be read in conjunction with the others as the latest installment of a very good series.

E-book version supplied by the publisher in exchange for my objective review.