A vacation can highlight the strain inside a marriage. The simple thing at home in the normal confines becomes a bit more problematic out on the road. Throw in the stress of taking two small children on the road and that strain is increased. Liz Daniels knew that there were some issues in her marriage to Paul even if she never fully acknowledged them. Minor control stuff and usually she could find a work around to deal with it without anything turning into a major problem. Much harder to work around when one is traveling on vacation. 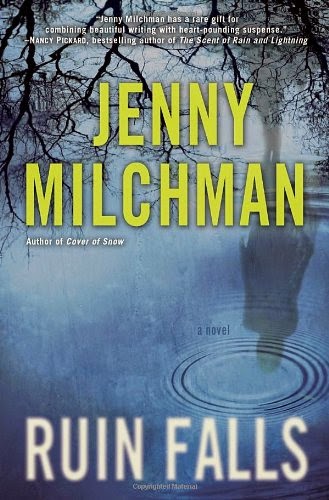 It is a rare event to be on vacation from their home in the mountains of Wedeskyull, New York. The reason for the trip to the plains of western New York is even rarer as they are going to see Paul's parents. The grandparents have seen the kids, eight year old Reid and six year old Alley, only a couple of times and rarely speak to their own son. This was Paul’s rather surprising idea, but one Liz went with and even welcomed a bit. Though there have been moments, little flashes, as they traveled down the road on a brutally hot day that have caused Liz to be a little concerned about their trip. She has had second thoughts about the trip and is a bit spooked. But, Liz counts on Paul to be what he has always been--a rock and lifeline when she is buffeted by her own emotions and fears.

The day has taken a toll on all of them as it has been so hot and exhausting that Paul suggests they stop for the night at a hotel and allow everyone to rest up for the family reunion the next day. They are only an hour out from his parents, but spending the night will allow everyone to recover and will help tremendously with the kids. It is a wonderful idea and before long the family is in a hotel suite and having a good time.

That luxurious break turns in a brutal nightmare when Liz wakes up the next morning and discovers the children are missing. A frantic search begins in a tale that constantly ratchets up the suspense while adding new characters and story lines. A mother herself who has spent months and thousands of miles on the road, Jenny Milchman weaves a tale of a mother’s frantic desperation far from home where there is little support. Not a sequel to her incredibly good Cover of Snow this book is a stand alone suspenseful tale and a very complicated read.

It is also very different not just in terms of substance, but in style of writing. While the psychological aspects certainly played a strong role in Cover of Snow  they are even more present here in multiple ways which can’t be detailed beyond what has been stated without creating spoilers. Those who want their books straightforward and moving quickly will find plenty to fault here as the multiple storylines and multiple points of view feature a high level of internal contemplation as scenes and settings are explained in great detail. That results in a suspense driven novel with occasional thriller type moments as the mystery is gradually resolved. It’s also a good stand alone read.

Kevin, thanks so much for your read of Ruin Falls. As always, you see things I didn't, and convey them in ways I imagine will really speak to readers. I'm so glad you let me take you back to Wedeskyull, and hope you will be a frequent traveler there.

Don't think I am all that, but thank you. Maybe one of these days I will get back to writing my stuff and I can mess with your head.