The Great Sphinx of Giza and Tapir and Friends Animal Store

Anyone that knows me at all knows I have a very deep and often seriously warped sense of humor. What I think is funny tends to get me in trouble from time to time with those who are so clearly humor challenged. An accompanying problem is some folks take what I come up with very seriously and then get outraged when they are shown to be a little misguided in their belief. Clearly, I need a satire tag like Facebook had to do with The Onion. Both of those deals were often issues at the jobs I worked at over the years and can be a problem with my freelance work. 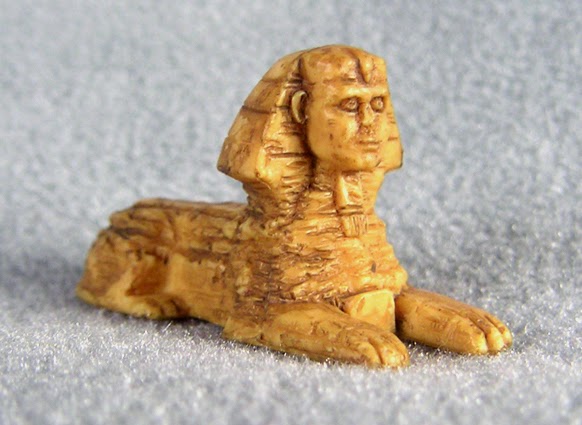 Sheryl Todd owner and grand poobah of Tapir and Friends Animal Store allows me a little leeway, but she is also aware of the problem of those who don't get the humor or believe everything. When I wrote the piece for the Great Sphinx of Giza she thought a small part of it was a bit problematic. My idea that I could state that scientists have never determined one way or another whether the nose of the sphinx was actually lost in a great battle between an alien robotic creature of huge proportions reminiscent of a Mr. Potatohead and the Sphinx given powers by the alien race of Illumanti in an attempt to save mankind and keep the stargates open might not be as funny as I thought it was.

So, it was lost to the editing room floor. In wake of another recent piece, this time on pufferfish that should be up soon, Sheryl (aka @tapirgal on twitter) suggested that maybe I should start sharing such tidbits here under the moniker "Tapir Outtakes."  Seems like a heck of an idea......
Posted by Kevin R. Tipple at 7:00 PM