Review: The Louisville Problem: A Short Story by CS Dewildt 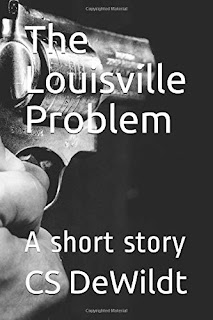 Jasper Skaggs came to the isolated place to reinvent himself and settle scores from the past. Grover Shutes said too much once too many times making it clear he did not respect Jasper. Now Grover is bleeding out in the woods somewhere and Jasper Skaggs now has a new issue.

How to deal with the wife of Grover Shutes as well as his fifteen year old daughter? Jasper has been intimate with both of them, on more than one occasion, and could just move into the house and take over if he wanted to as he is sure the body in the woods would never be found. That would be possible in a perfect world and Jasper is well aware that this is certainly not a perfect world. Moving into the house, staying clear of any murder changes if the body was ever found, and keeping up relations with both of females without either one figuring it out would be fairly difficult. It would get complicated. He could just kill them both and move on though that option really isn’t one. How to move things forward without them knowing he killed Grover is one of several issues he has to deal with in The Louisville Problem: A Short Story. 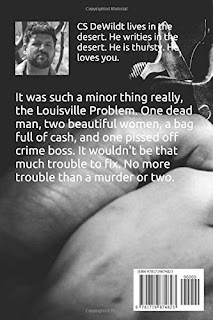 If you have read his crime fiction novel, Suburban Dick, you already know that author CS DeWildt writes twisted tales of dark people and events with an occasional dash of humor. Such is the case here with The Louisville Problem: A Short Story. Jasper Skaggs has decided to do what makes him happy and killing Grover Shute was just a small step in his somewhat vague long range plan. His plan was not fully conceived before he started, it he loves it as it gradually comes together.

This is not a read for everyone. This is a crime fiction read with adult language and other factors that won’t work for all readers. Clearly, the fact that the story makes no secret that Jasper is having sexual relations with a minor will be a red flag for some. It is certainly implied that Jasper is not her first, but at the same time, at fifteen she should not be with anyone for any reason. While the situation is not one of graphic detail, the fact that it is present at all will upset some readers.

That being said, The Louisville Problem: A Short Story is a good one. Like Suburban Dick, this short story is not for everyone.

Material was picked up using finds in my Amazon Associate Account in order to read and review.