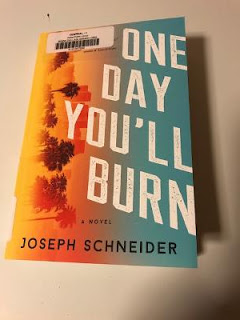 A coyote found the body first as it lay at the base of a pagoda in Thailand Plaza. Driven by the fires that had consumed Griffith Park moving her natural food sources away, the scrawny coyote took off a chunk of thigh before the flashing lights and sirens of the first officers to arrive on scene sent her scurrying off elsewhere this new day. The rest of my review of One Day You’ll Burn: A Novel by Joseph Schneider can be found here in this post from late July. I also now have the sequel, What Waits For You by way of the publisher. Publication day is 1/5/2021 and I do not think I will make that. 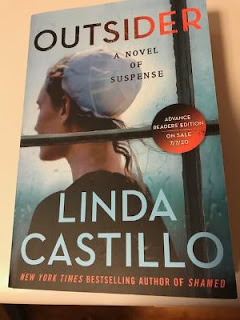 “She was lucky to have escaped with her life when the intruders came for her that cold and snowy night. She had been ready and had a plan, but as often happens with plans, things went sideways from the point her door crashed inward. She fled into the night and by sheer luck survived and got to the vicinity of Painter’s Mill, Ohio. There is one person there she knew long ago that might help her now: Kate Burkholder.” The rest of my late July review of Outsider: A Novel of Suspense by Linda Castillo can be found here. 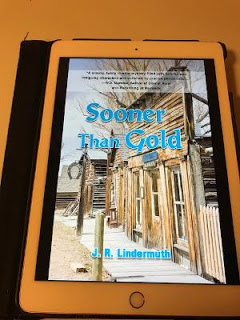 “It is late June 1898 as Sooner Than Gold by J.R. Lindermuth begins. Hiram Mariner is the local doctor and he has come to fetch Sheriff Sylvester Tilghman in his newfangled horseless carriage as they both are wanted down at a mine just outside of town. Nathan Zimmerman, owner of the mine just outside of Arahpot, Pennsylvania wants both men pronto. Since Zimmerman is technically his boss, the good sheriff has to go as fast as possible and that means his own horse is out.” The rest of my review of Sooner Than Gold by J. R. Lindermuth can be found here from last August. Sadly, this is out of print right now. 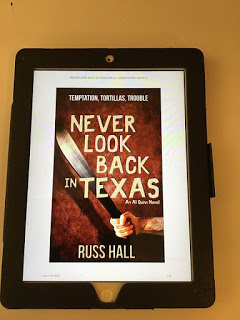 “Never Look Back In Texas by Russ Hall begins innocently enough with Al Quinn long since retired being asked by Sheriff Clayton to do a little mentoring. He has the experience and despite the grumbling, is ready to help out. He just was not ready to see on his way home hours later, Fergie in deep conservation with a man who clearly is very special to Fergie.” Also from August comes my review of Never Look Back In Texas: An Al Quin Novel by Russ Hall. I have long said you can not go wrong with a Russ Hall book and this series is absolutely great. I recommend reading in order, but you are a grown adult and will do what you do. The review of the sixth book in the series can be found here. 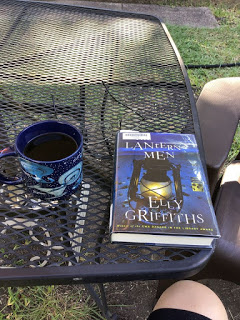 “It is the middle of May 2018 as The Lantern Men: A Ruth Galloway Mystery by Elly Griffiths begins and a lot has changed in recent months. Kate is now nine. Dr. Ruth Galloway now teaches at Cambridge and lives with Frank. She is no longer the North Norfolk police’s resident forensic archeologist and is far from her beloved cottage on the Saltmarsh. While she will always have a connection to DCI Henry Nelson because of Kate, she is trying her best to close that door of her life and move forward with Frank and her new job duties.” The rest of my early September review of The Lantern Men: A Ruth Galloway Mystery by Elly Griffiths can be found here. This is another favorite series of mine, book in and book out, and most definitely should be read in order. 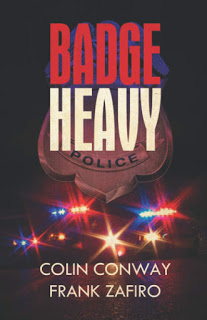 “Badge Heavy is the third book in the Charlie 316 series and picks up shortly after Never The Crime ended. The Anti-Crime Team is up and running and working the streets of Spokane hard. Officer Gary Stone is on ACT along with Tyler Garrett as well as well with rookie Jun Yang and veteran officer Ray Zielinski. While the four officers are on the team and, in theory, working together, they are fragmented and have settled into a Stone/Garett and Yang/Zielinski pairing. Despite their internal issues, they are generating results in their pursuit of HPOs--High Profile Offenders.” My late September review of Badge Heavy: A Charlie-316 Novel Frank Zafiro and Colin Conway is here. This is another series that must be read in order. My November review of what is currently billed as the final installment, Code Four, can be found here. 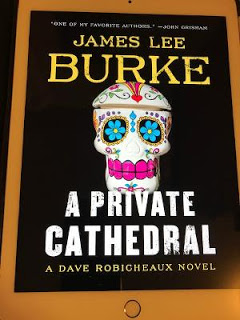 “A Private Cathedral: A Dave Robicheaux Novel is a book of two times. Set a couple of decades ago, it has numerous references to the here and now concerning the fight for social justice, the current occupant of the White House, and more. As one always expects in a Dave Robicheaux novel, aspects of the paranormal are front and center. Sometimes those aspects are subtle. At other times, like in this read, those aspects are major – if not the major character of the book.” My October review of A Private Cathedral: A Dave Robicheaux Novel by James Lee Burke can be found here. 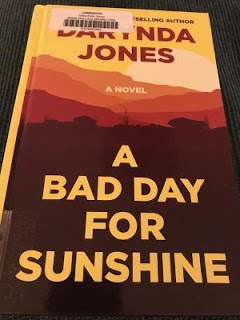 “Sunshine Vicram is back in Del Sol, New Mexico, with her teenage daughter, Aurora, better known as Auri. She is also less than thrilled about living in the small tourist town of Del Sol again. Even if it is home for her parents and she and Auri are in the guest house about fifty feet from their backdoor. She is also not thrilled about being the newly elected sheriff. Especially when she wasn’t even running for sheriff far as she knew.” The rest of my October review of A Bad Day For Sunshine: A Novel by Darynda Jones can be found here. 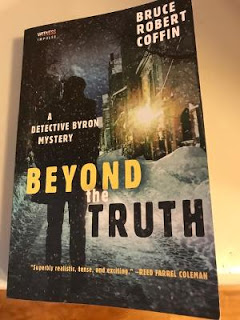 There were other books that I enjoyed, but hit me very hard and I chose not to review them. I was reminded of that when I read Lesa Holstine’s roundup of 2020 books which included Craig Johnson’s Next To Last Stand. A really good read, but one I found incredibly depressing. It stirred up a lot of grief in  me in regards to Sandi so I chose not to try and write a review of the book. 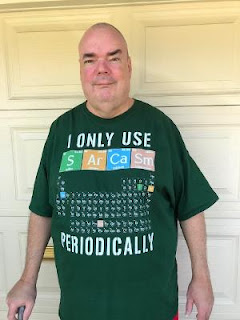 There you have it…. nine more personal favorites from the back half of the year. Eleven if you count the two that follow for a couple of these series. Throw in the half dozen books plus I recommended from the first half of the year and you have some solidly good reading suggested for you. Not saying these are the best books. I Am saying they were my personal favorites.

Thanks for including Sooner Than Gold, Kevin. Much appreciated. Hopefully 2021 will see it back in print.

Very much enjoyed it and glad to say so. Hope it does. Not sure that anything I do here matters one whit, but, if it does, the publisher needs to get on with it.

I agree with you on those first two, excellent books. You have some others on the list that I need to read, but I need to read the series, not just the current book. Terrific list, Kevin.

Thanks....it is more of a crime fiction list than yours as that is more my mind set.

Of course it is. I could have done a crime fiction list, but I like the variety I read.

I did not mean to offend you nor was I criticizing your list. All I was trying to say was that my list does not reflect the variety of your list or many other folks as my range is not nearly as wide. So, it is a bit narrower. Again, I apologize. I did not mean offense.

Kevin, I didn't take it as criticism! Just a comment. And, you didn't offend me at all. I was just responding with why mine isn't all crime fiction. Don't apologize! That's not how I took it at all.