Short Story Review: "Keller On The Spot" by Lawrence Block

Somewhere in the Dallas, Texas area is the setting in this tale that opens with Keller at a party.  Not that Keller is the party type by any stretch of the imagination. Keller is on a reconnaissance mission because, though he had seen a picture when he got the assignment in the old man’s study back in White Plains, he needs to see the target where he lives. The mission has to be done correctly or folks start losing confidence in him and that would be a bad thing. 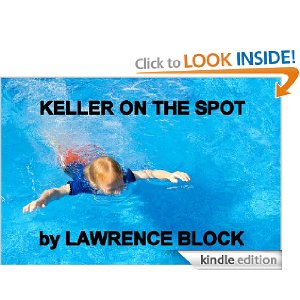 So, that means he attends a party and drifts around considering the lifestyle of the target. The target lives very well indeed and Keller notes all as he drifts around the property. He notices everything around him including the child swimming alone and unsupervised in the huge pool. A child he does not think any more about until he realizes the child never got out and that means he has to have sunk to the bottom depths of the pool. Keller’s actions in the next few seconds will change everything in this complicated tale.

This is another good story featuring the complicated character of Keller, plenty of action, and a mystery that does not become clear until the final lines. Simply good from start to finish and very well worth your time.

Material was picked up during the author’s free read promotion during early July 2013.