Short Story Review: "Like A Bone In The Throat" by Lawrence Block

There is no question that William Charles Croydon did, with malice aforethought, abduct Karen Dandridge, repeatedly sexual assault her as well as cause her death by manual strangulation. A brutal crime made worse by the defendant’s claim to not remember the actual murder and his insistence that Karen had enthusiastically participated in the sexual acts and had supplied the drugs that led to her untimely death. 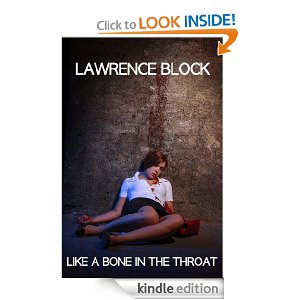 The fact that the evidence clearly showed otherwise brought Karen’s brother, Paul Dandridge, no relief. He never had the opportunity to testify during the criminal phase of the trial that victimized his sister a second time under the guise of the nation’s justice system. A system that brought William Croydon media celebrity and a sentence of death.

The trial verdict does not end the situation in Lawrence Block’s powerful short story Like a Bone in the Throat.” Truly living up to the moniker A Tale From The Dark Side little is what it appears at first blush in this complex story. While the idea at the heart of the tale is a classic one, the execution in the hands of a master is something very good as well as entirely different than expected.


Like a Bone in the Throat (A Tale From The Dark Side)
Lawrence Block
http://www.lawrenceblock.wordpress.com
Self-Published
November 2011
ASIN: B0067DC8JU
Estimated 33 Pages
E-Book
$2.99

Material was picked up during the author’s free read promotion during early July 2013.

Email ThisBlogThis!Share to TwitterShare to FacebookShare to Pinterest
Labels: a tale from the dark side, crime, e-book, e-books, fiction, justice system, Lawrence Block, like a bone in the throat, murder, mystery, short story